Factors to consider when choosing the most suitable mode of transport

There are many aspects to consider when choosing a mode of transport for your import or export shipment. Depending on the destination, goods consigned to a foreign market can be transported by road, rail, air, sea, inland, waterways or a combination of any of these.

Putting some thought into contracting transportation equipment and modes of transport reduces shipping and logistics costs. However, import and export planning is not always as simple as choosing the most cost effective option.  When choosing a mode of transport to use, the following factors should be taken into consideration:

When choosing how to best transport products for import or export, your budget should be the most important factor when making decisions.  Costs can vary based on the type and amount of goods that need to be transported.  Bear in mind that the cost of transport will influence the cost of goods.

If you are transporting heavy or bulky products over a long distance inland,  rail transport will be the most economical.  Land transport, typically by trucks, is best suited for small amounts of goods being transported over short distances. It also saves packing and handling costs.  Water transport is without a doubt the cheapest mode of transport, and very suitable for heavy or bulky goods that need to be transported over long distances where time is not an important factor.  For the transportation of perishable, light or valuable goods, air transport will be the most efficient mode of transport to use, although it is expensive.

Importers and exporters should also consider the overall cost of transportation, keeping the “hidden costs” such as terminal charges, insurance premiums and finance charges in mind.

2). Reliability and Regularity of Service:

Transport modes differ in reliability and regularity. Your decision on which mode of transport to use will be influenced by the urgency and speed by which you would like your goods to be delivered. Land, ocean and air transport are usually affected by bad weather such as heavy rains, snow, fog and storms which may cause delays.

Safety and security of goods in transit also influence which mode of transport to use.  Land transport by truck may be preferred to railway transport because your losses are generally less. Water transport exposes the goods to the perils of the sea; hence from a safety point of view, sea transport is the most risky.  Also, to protect the goods in transit, certain types of packaging are recommended, which might influence costs. Goods may also require special facilities such as refrigeration or special security measures that need to be taken into consideration.

Other factors to keep in mind:

For cost effective and efficient transport and logistics solutions we offer freight services that you can rely on. Click below to get your obligation free freight quote.

Get a freight quote

Sign up for our newsletter to receive news and guides on import and export straight to your inbox. 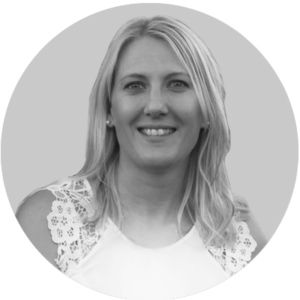 Tracy Venter studied at Stellenbosch University and gained her initial experience in imports and exports through working for industry.

After starting her own import business, and helping some friends do the same, she realised there was a need for reliable Customs registration services and training opportunities in international trade. Since starting Trade Logistics, thousands of importers and exporters have been helped to obtain their Customs registrations and the knowledge they need to source and sell their products globally.

Use our Tools and Calculators to determine landing costs, import duties and more

Go to tools and calculators

Go to templates and guides
HOW TO: Choose a freight provider

Exports: What documents do you need?
Scroll to top

Get an ITAC permit for your import or export

Register your SARS representative in only 2-3 days

Get a FREE consultation callback

From a friendly Customs expert | No obligation

Get your import export license

*Working days, based on standard processing times by the registration authority. Subject to change.